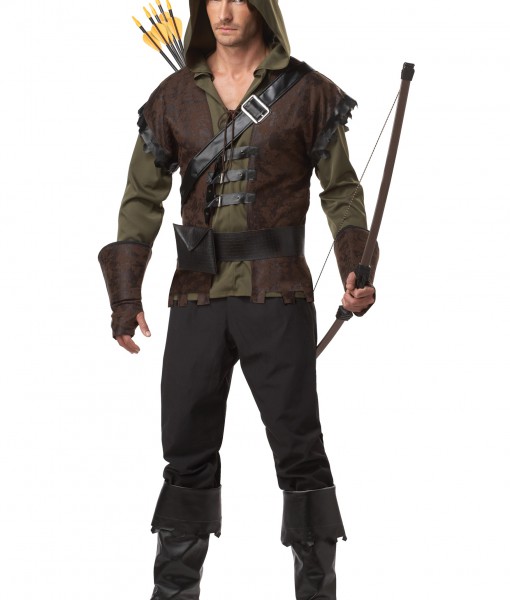 Whisk Maid Marian away to Sherwood Forest in this Mens Robin Hood Costume! Be the legendary English hero who may not have really existed. Did you know that historians have never definitively identified who he was? Most think that the mythical character is based on tales of many different men. Add a Robin Hood hat and a bow & arrow set to complete your character.