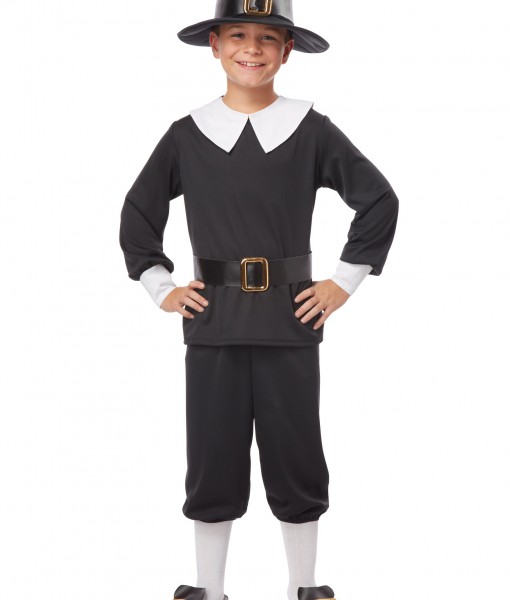 The next time your child laments the fact that his iPad is not charged or that there are no new episodes of his favorite show to watch, we have a unique idea for helping him appreciate what he does have. Simply have him change into this pilgrim boy costume, turn off all of the lights and challenge him to imagine what life would have been like over two hundred years ago for a young boy like himself. He likely would have been too busy helping around the house to worry about having free time for games and other entertainment. After having him sweep, wash your clothes by hand and haul some firewood for the cooking, we think he’ll understand that there was no need for him to complain before and that he’ll try harder to occupy himself without asking for you to intervene. Just an idea. This costume could also be worn for a Thanksgiving play or for trick or treating but that’s up to you.